Birthdays are very celebrated in our family.  We have celebrations with my family and celebrations with Patrick’s family.  This means that I get to make two cakes for Savannah each year.  As these celebrations were drawing near I went through some very tough decisions like what kind of cake to make?  How am I going to decorate it?  Cakes should be decorated for birthdays in my opinion.  So, I began to think.  I’m not sure what made me make this decision, but I made it, I wanted to decorate cake with fondant.  I have never played with fondant before, ever.  My knowledge of fondant included:  It looks really cool on cake, my father says it tastes nasty, and you can mold it into many different shapes.  I decided to dive right in anyways.

I found a marshmallow fondant recipe and went out and bought marshmallows, powdered sugar, and fancy food coloring.  I used the following recipe: (which I found on several sources, including here and here)
16 ounces mini marshmallows
4 tbsp water
2 pounds (about 8 cups) powdered sugar
This recipe is on several more sites some with a few variations, the directions can also be found on those sites.  I set off to make fondant.  It was a bit messy at first and my kitchen had a nice layer of powdered sugar, but it turned out well and I had no problems with it. I set out to make a bow, a loopy-gift-wrapping type bow… It did not end well….  So, I decided a simpler route would be best.  Just a bow.  No fluff or frills, just a nice bow.  It turned out much better.  The cake was lovely and everyone loved it. 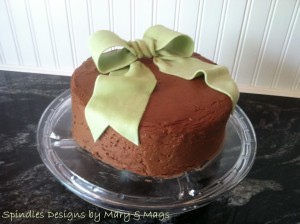 This of course was only party number one.  I still had a second party and cake to do.  So, I dove in for bow number two, I was determined to get a big loopy-gift-wrapping type bow.  (I took more pictures this time) 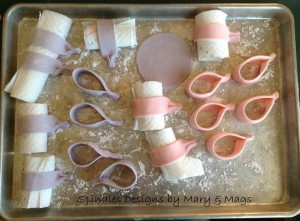 Here is the start of bow on the pan.  I decided a multi-colored bow would be lots of fun.  I decided to follow the directions found here.  I realized halfway through that taking pictures while doing this for the first time was near impossible. 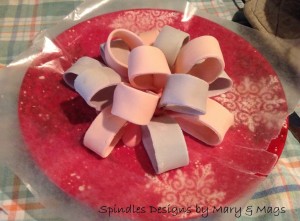 I got the bow assembled without too much difficulty.  The candy melts did harden a little faster than I would have liked for the initial layer of ribbons, but it turned out pretty well for my second attempt.  Definitely better than the first loopy-bow attempt.

I got the bow on the cake and to the party, almost in one piece.  I learned just how fragile fondant can be as well.  I had a couple of my ribbon loops break as I put it on the cake.  Good thing I had a few extras and lots of candy melts to “glue” them into the bow.  From the picture no one can tell I had to perform surgery on my bow at the last minute.  I received a lot of stares from the family with, “you made that?”  I keep reaffirming their suspicions that I am crazy.

Parties were fun, but it sure is nice to have them done.  I have put the fondant away for a while, I would like to go back to doing more sewing and spending time with my sweet little birthday girl. 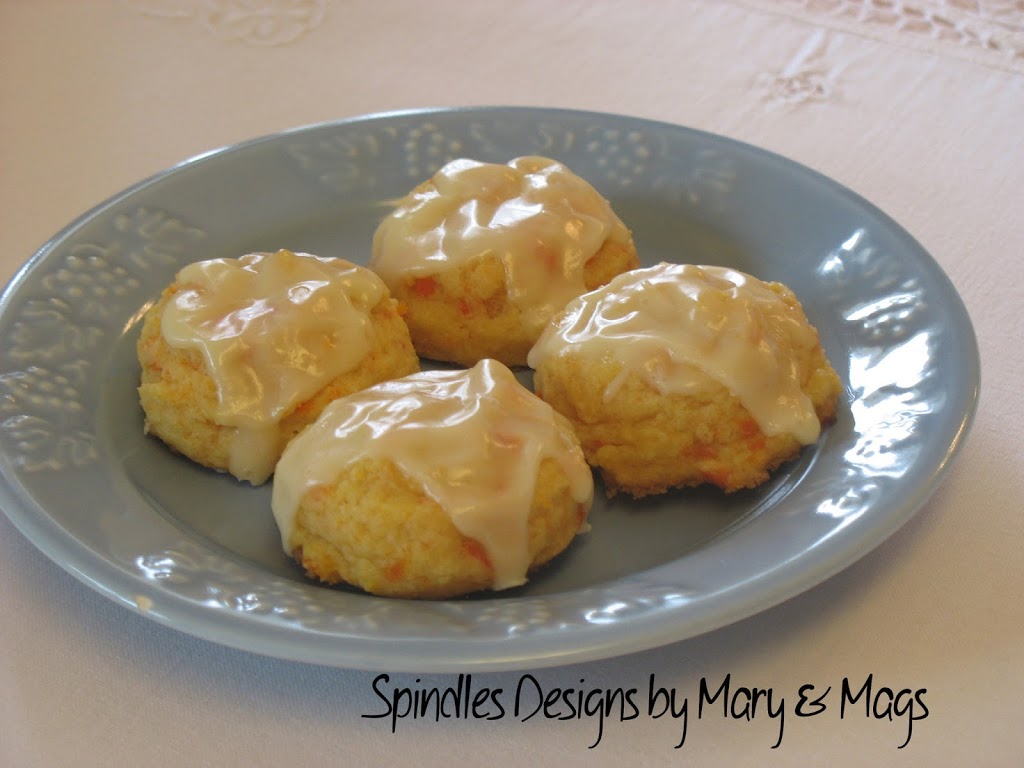 “Carrot cookies?” my sweet husband said in that, “okay my wife is nuts” tone. I promise they are good. The sweet flavors from sugar and carrots make a yummy combination. You don’t even realize your eating carrots. 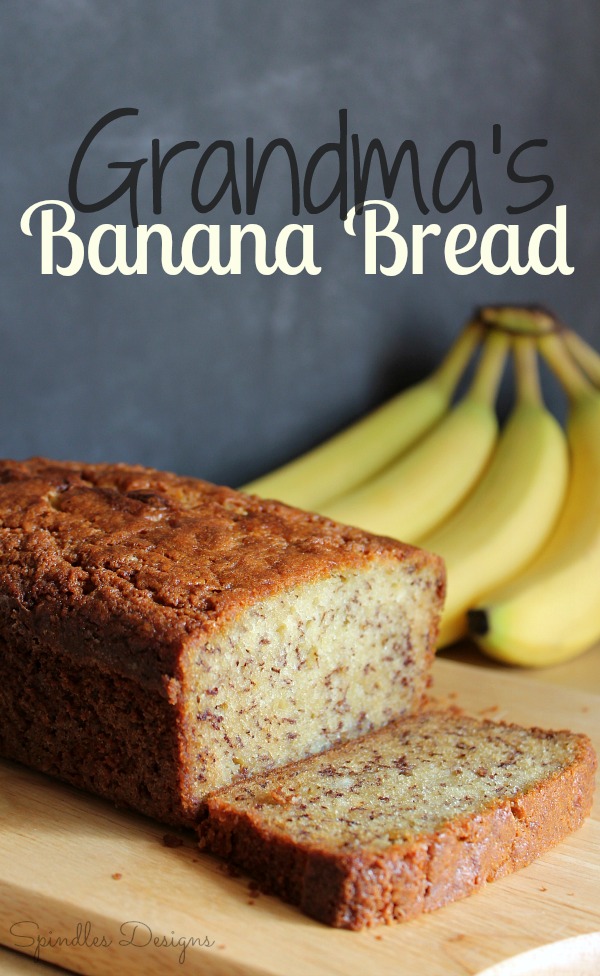 Grandma almost always had banana bread in her freezer when I was growing up. I thought she just really liked banana bread.

Now I know why – no one wants to eat a brown banana.

No matter how many bananas I buy, I almost always have a couple that don’t get eaten.

END_OF_DOCUMENT_TOKEN_TO_BE_REPLACED

As a young mother it was, and still is, tradition to make a special dessert for Sunday dinner one of our favorites was cake, in particular any kind of chocolate cake.  One day I decided to try making a marble cake and it soon became my son Robert’s favorite and after over baking it one time fondly became “Crummy Cake”. 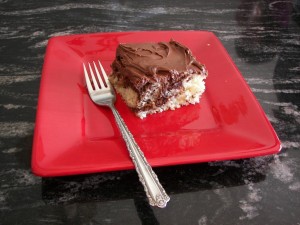 Cream butter and sugar together until light.  Add eggs and vanilla, beat until fluffy.  Sift dry ingredients together and add alternately with milk.  Pour all but about 1 1/2 cups of batter into a greased and floured 9” X 13” baking dish.  Add enough water to the 1/4 cup of cocoa powder to make a medium paste (about the same consistency of the batter).  Stir into the remaining batter.  Using a large spoon, drop heaping spoonful’s of the chocolate batter evenly on top the batter in the pan.  Using a rubber spatula weave and swirl the chocolate through the batter (don’t over swirl or you will have a big chocolate patch in the middle).  Bake at 350° for 30-35 minutes.  Cool.  Frost cake with chocolate butter cream frosting.