John is always searching for new recipes to make that have new and different ingredients.  He has been wanting to make this one for a long time and finally it happened.
“Brown Rice Paella”
This one was found on Food .com. 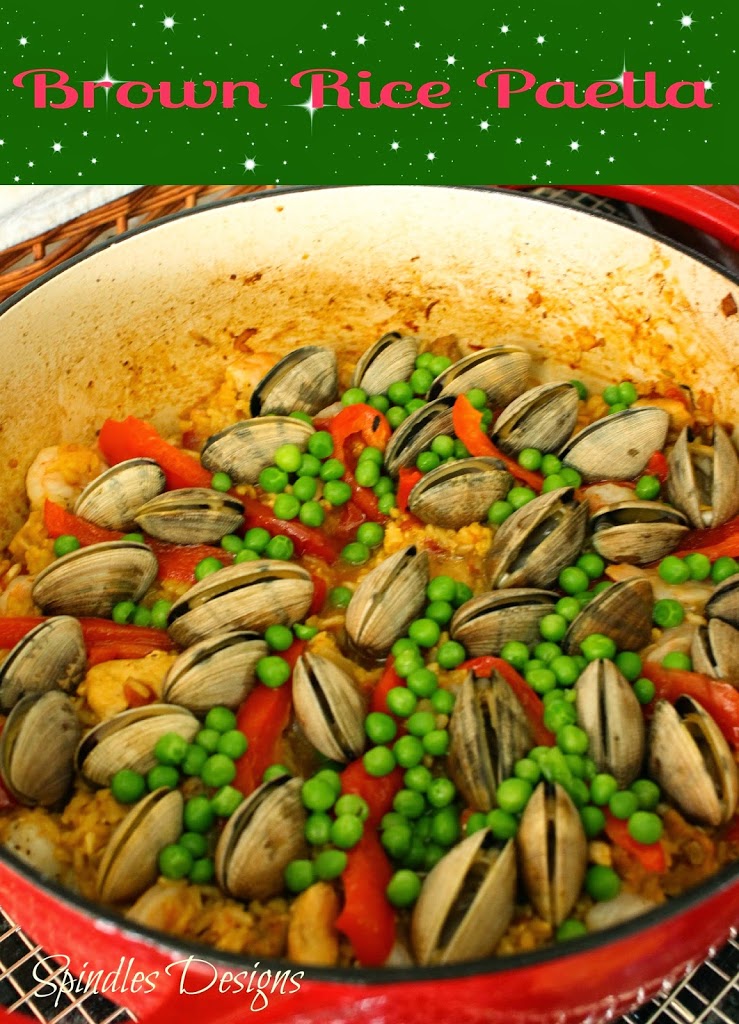 Heat 2 tsp oil in large Dutch oven over medium-high heat until simmering but not smoking.  Add peppers and cook stirring occasionally, until skin begins to blister and turn spotty black, 3-4 minutes.  Transfer peppers to small plate and set aside.

Add 1 tsp oil to now-empty Dutch oven, heat oil until shimmering but not smoking.  Add chicken pieces in single layer; cook until browned, about 3 minutes.  Turn pieces and brown on second side, about 3 minutes longer. Transfer chicken to medium bowl.  Reduce heat to medium and add chorizo to pot; cook, stirring frequently, until deeply browned and fat begins to render, 4-5 minutes.  Transfer chorizo to bowl with chicken and set aside.

Add enough oil to fat in Dutch oven to equal 2 tbsp, heat over medium heat oil until shimmering but not smoking.  Add onion and cook, stirring frequently, until softened, about 3 minutes; stir in remaining garlic an cook until fragrant, about 1 minute.  Stir in tomatoes; cook until mixture begins to darken and thicken slightly, about 3 minutes.  Stir in rice and cook until grains are well coated with tomato mixture, 1-2 minutes.  Stir in chicken broth, saffron, bay leaf and 1/2 tsp salt; increase heat to medium-high and bring to boil, uncovered, stirring occasionally.

Let paella stand, covered, about 5 minutes.  Discard any mussels that have not opened and bay leaf, if it can be easily removed.  Sprinkle with parsley and serve.