My original plan was to make Root Beer float cupcakes… but my cupcakes fell below the bar… Literally.  They fell, it was awful!  I could not fill them, just putting frosting on made it so there was way too much frosting, I could do nothing, but eat them as they were.  I was a bout to give up and get rid of them when it hit me… Trifle. No one knows what the cake looked like, it doesn’t matter as long as it tastes good (which the cupcakes did).  The one problem was I could not use my traditional trifle dish, we were taking these with us to watch fireworks for the 4th of July.  I thought and thought and I have been watching everyone use mason jars for things and I have a bunch of them, so into jars the trifle went.  I have an odd assortment of jars, so they were not all the same, design or size. 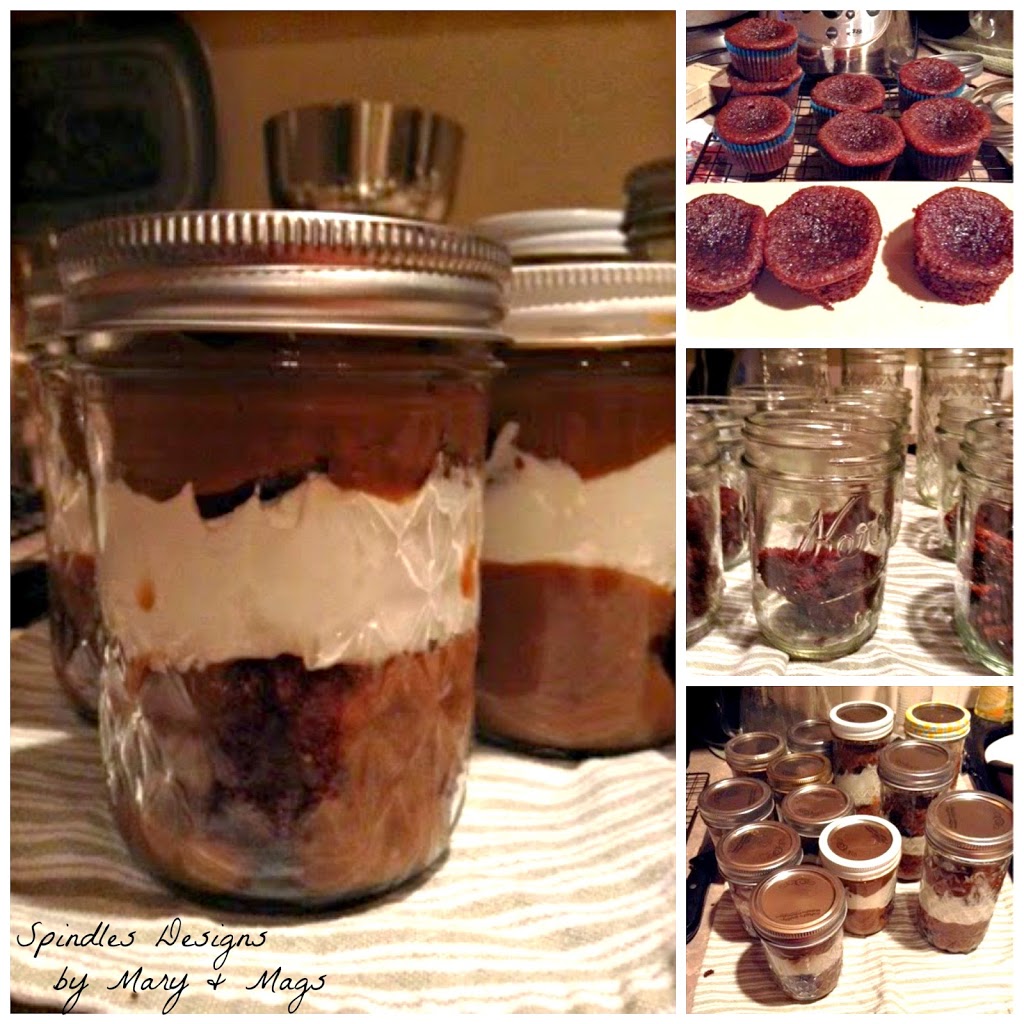 Although not my original plan, they were a hit!  The family thought they were so much fun and enjoyed eating them.

Ingredients:
12 Root Beer Cupcakes
12 servings vanilla pudding
root beer extract
whipped topping
12 half pint canning jars
Directions:
1. Mix vanilla pudding according to package directions add 2 – 3 tsp root beer extract (make sure to taste it so there is enough in there).
2. cut up the 12 cupcakes put about 1/2 cup cake in the bottom of each jar then layer with pudding and whipped topping, repeat.  I only got two sets of layers in each jar.
3.  If traveling with trifle, leave the top layer of whipped topping off and cap with a lid.  Once at final destination just before serving top with whipped topping.