Honey Sticky Buns were always something I thought looked hard to make.  After I made them, I realized how silly I had been.  They were no harder to make than cinnamon rolls that I make all the time.  I just can’t make Sticky Buns as often as I would like, first I would eat way too many and second most of my big dessert eaters don’t like pecans. 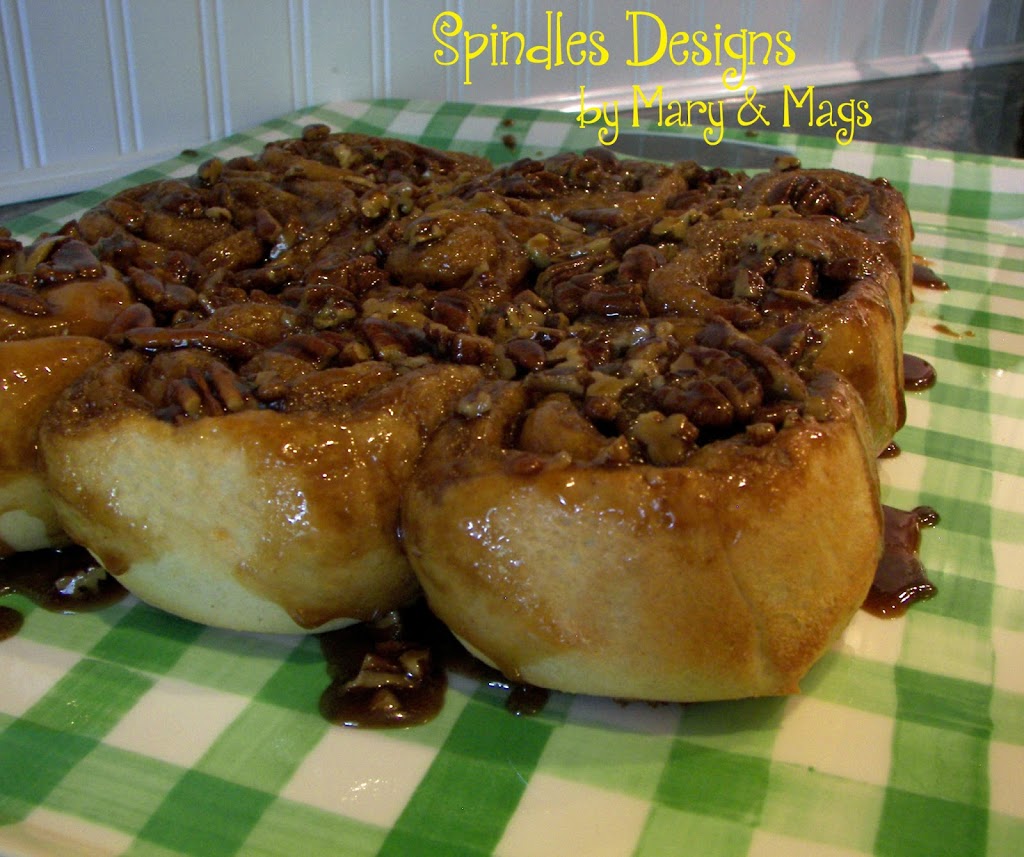 Put dough hook on mixer.  In large mixing bowl, mix together 4 cups flour, yeast,(SAF yeast), sugar, salt and powdered milk.  Pour in hot water and begin to mix.  Pour in eggs and oil.  Continue to mix until the batter is smooth.  Slowly add the remaining flour while mixing.  Be careful not to add to much flour.  The dough should leave the sides of the bowl and be soft to touch.  When dough has reached the desired consistency, let mixer knead the dough on low speed for about 4 minutes.  Let rise until double in bulk.  While dough is rising heat and bring to a boil the brown sugar, honey and butter for the glaze and pour into the bottom of a greased 9″ X 13″ X 2″ pan. Sprinkle the pecans evenly over bottom of pan. Note: This dough recipe makes 3 dozen cinnamon  roll and I only sticky bun 1 dozen. If  you want to sticky bun all of them you will need to make three batches of glaze.Divide the dough into 3 equal pieces.  Roll each piece into rectangle about 1/2 inch thick. Spread with butter and sprinkle evenly with brown sugar and desired amount of cinnamon.  Roll the dough lengthwise pulling tight as you go.  Cut into 12 rolls and place 1 dozen over the sticky glaze. Roll the remaining dough the same but place them on greased cookie sheets. Let rolls raise until double. Bake 400 degrees or until golden brown.  Invert the sticky buns onto a tray and let cool if you can before you have to eat one. Glaze the cinnamon rolls with your favorite recipe while hot.