Last December we went to a outdoor holiday market and saw these wonderful outdoor arrangements made from all sorts of greenery.  As we continued to walk the market, John said,  ” we could make one from all the trees and scrubs we have in our yard and it wouldn’t cost hardly anything.”  When we got home we decided what to use and got started. 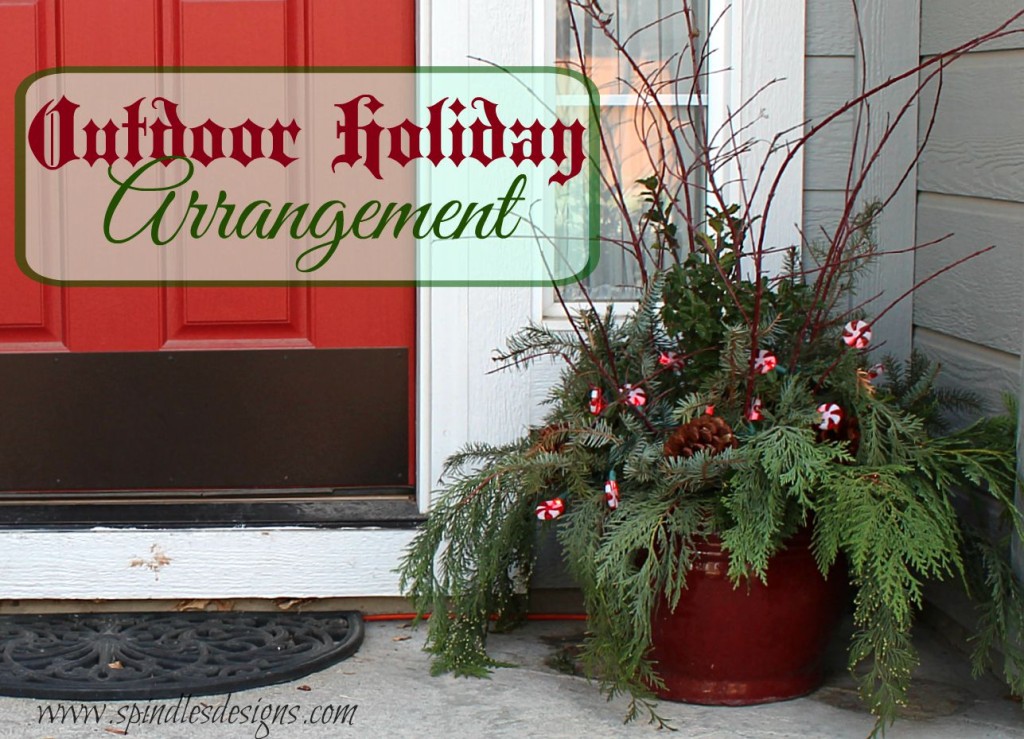 END_OF_DOCUMENT_TOKEN_TO_BE_REPLACED

We like to go camping as a family and we love to have camp fires.  We have a couple of fire bugs who have fun starting them different ways, paper. no paper, matches, no matches.  After our first camping trip we decided to make and try using “Fire Starters” .  We researched different kinds from experience and the internet.  We decided to make 4 similar but different ones using things that we had around the house.  The object, see just which one worked the best. We had gathered pine cones and Mary Catherine saved dryer lint and toilet paper rolls.  We brought out a bunch of old half burned candles that were gathering dust then planned an afternoon to start creating.

Number 2– Pine cones and wick,(we used jute, that’s what we had) completely dipped in wax 3-4 times. 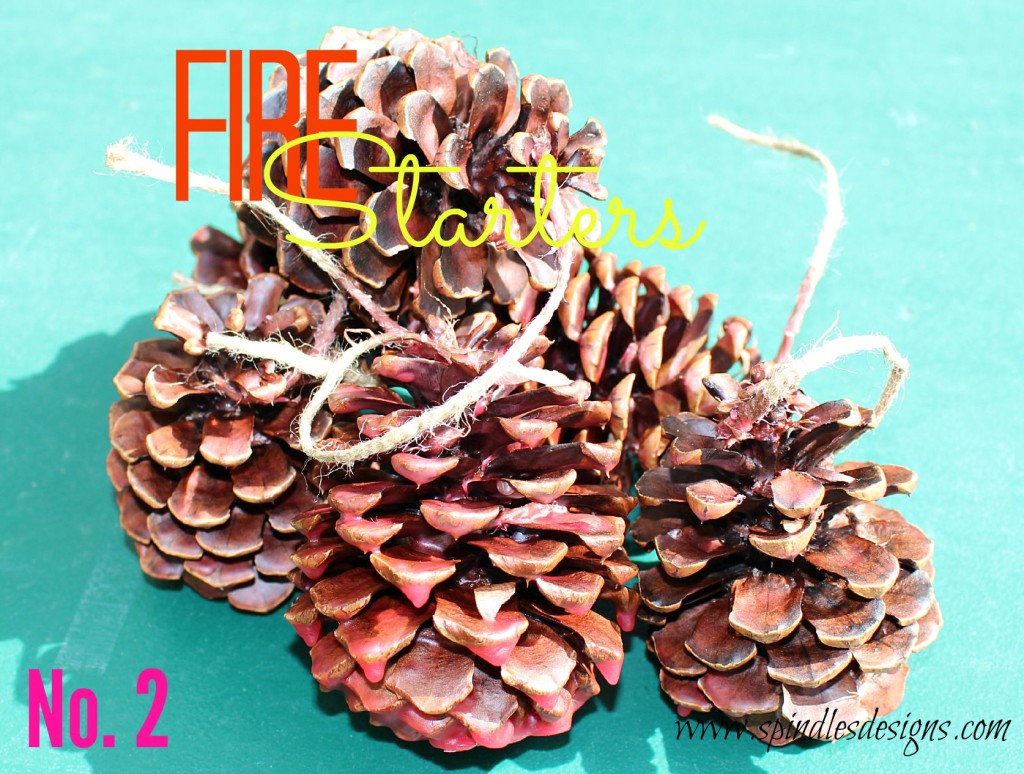 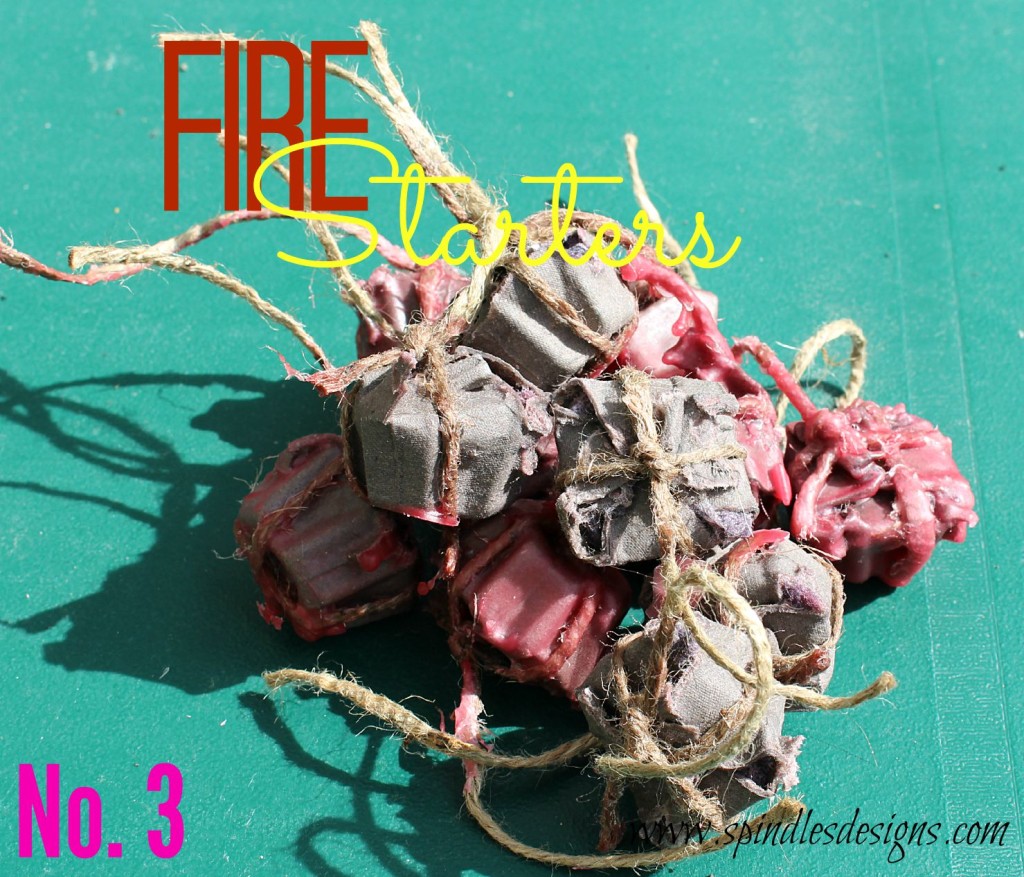 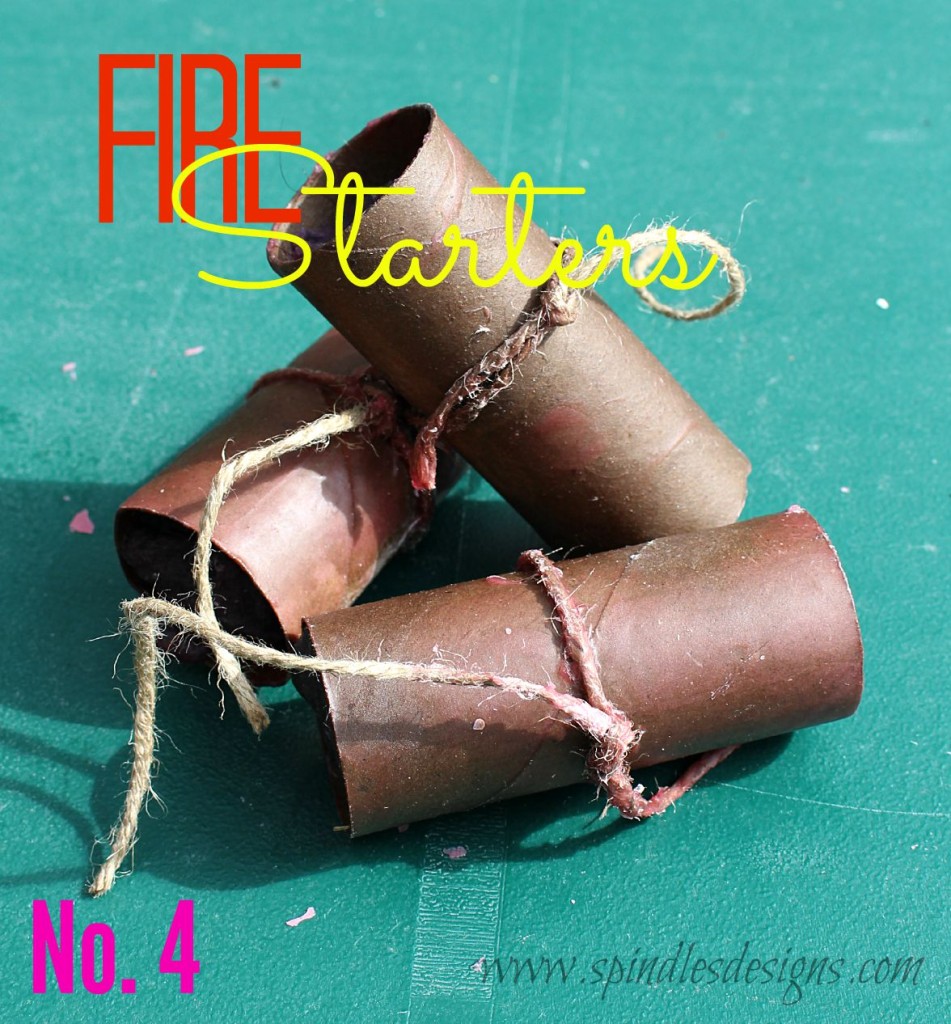 The project went faster with a lot less mess than first thought.  We tried all 4 at out next camp out, they all burned ….And the winner is “Number 4“.  Toilet paper rolls filled with the dryer lint lit quickly and burned longer giving the kindling more time to catch fire.  The egg cartons we almost as good but just enough smaller to not be as effective.  Next year we know just where to start.