When I was growing up my mother made a recipe called “Crumb Pudding” and I always thought it was the same as “Bread Pudding”.  I was way wrong!  Totally different.  Don’t get me wrong Crumb Pudding is wonderful and I will have to post it another time.  I wanted to make Bread Pudding and see what it was like.  John and I had an idea of what we wanted it to taste like, so off to the internet.  Bread Pudding with Pecan Topping is what we came up with after reading many recipes and not liking any of them 100%. 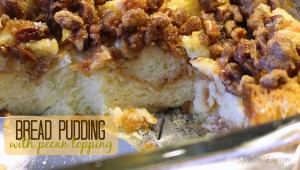 4 cups half and half 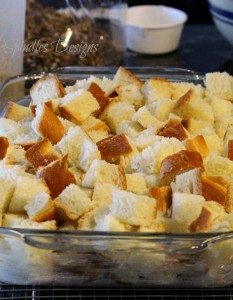 In a medium mixing bowl combine eggs, half and half, vanilla and sugar. Whisk until completely blended.  Pour over bread cubes.  Set aside.

In a small mixing bowl, with a fork, stir the pecans, cinnamon, and brown sugar into the butter forming a crumbly topping.

Sprinkle topping evenly over the bread mixture and bake at 350 degrees for 45-50 minutes or until a knife inserted in the middle comes out clean.

It is tasty hot served with whipped cream, but I like it even better for breakfast the next morning. With the whipped cream of course. It’s a great dessert but would be a hit at a Sunday brunch as well. 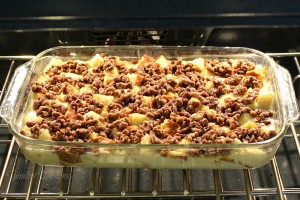